How old were you when the A-bomb was dropped?

I was 15, and was working as a mobilized student at the Hiroshima Army Clothing Depot, 2.7km away from the hypocenter.

The depot was the army’s important facility that produced, supplied, stored and shipped military uniforms and boots. There were about 2,000 people working there, including us, about 150 third- and fourth-year middle school boys and girls mobilized to work.
Every day I was working with an empty stomach because of the short supply of food. It was really a hard time, but I worked desperately thinking that we had to work hard there so that Japan would win the war and we wouldn’t die. 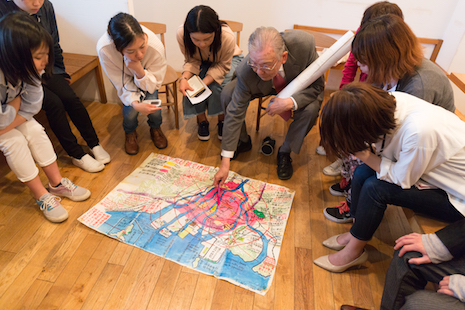 Were you working there on the morning of August 6?

Yes, I was. It was bright and clear that day and already very hot in the morning. I was in front of the storehouse building with my classmates. We were waiting for a truck to carry goods to downtown, but the truck didn’t come for some reason. If the truck had arrived and we had left for downtown on it as usual, we would have been charred to death somewhere near the hypocenter.

Suddenly, just when we were thinking of an alternative to a truck to go downtown, I saw a bright flash of light. It was like I was exposed to a photoflash. That moment I was enveloped with purple light, and I felt as if I was sucked into a tornado, and passed out.

When I came to and opened my eyes, I found myself lying a little away from where I had been. It was pitch black. The place was mysteriously filled with stillness, as if I were in the bottom of hell. I looked around and recognized my friends–one, whose face was covered with blood, and another, whose body was burned red. I heard someone calling for help.

After a while, I saw black smoke and flames rising up far beyond the wall, and I realized something awful had happened in the central area of the city. 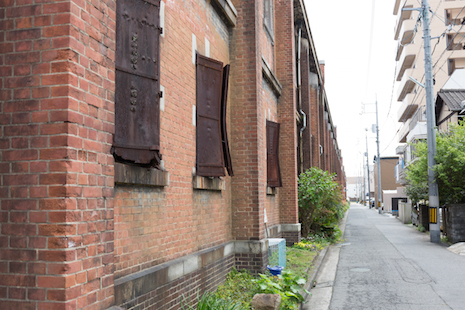 Did you get injured?

Fortunately, I was unharmed because at that time I was behind the building, which shielded the blast and the heat rays of the A-bomb.
Then, some soldiers and I left the depot on foot to observe the city area. When we reached Miyuki Bridge, about 500m from the depot, injured people were appearing out from the smoke and flames. They imploringly asked us for help. However, there was nothing we could do.
We returned to the depot understanding the situation.

The buildings of the depot were full of people who had fled there. I got straw mats which were in the storehouses and spread them on the floors and brought people who were unsteady on their feet to the mats. Later I learned that I had gotten exposed to the radiation while taking care of those people exposed directly to the strong radiation. Of course, I couldn’t have known that at that time.

When the night fell, I decided to go home. It took two hours to walk home about 4km away. In other words, I left those people behind. Even so, I was a 15-year-old boy, and desperately wanted to go back to my mother. A month later, early in September, I went back to the depot. The storehouses were empty then.

In September, I started to develop disorders, such as bleeding from my gums, diarrhea with a mild fever and subcutaneous hemorrhage spots. Later I learned those were typical acute radiation disorder symptoms. Not knowing about them at that time, I couldn’t stop feeling anxious and scared.
Fortunately, I got well again in half a year, after I went to the country and spent days there having healthy food in the fresh air environment. I am really grateful to my mother, who devotedly gave me nutritious food.

I don’t know the exact number of the people who died at the depot, but I assume that 500 to 1,000 people died there. The depot was part of the tragedy of Hiroshima, and it still stands where it stood originally, as a silent story teller of the A-bombing. The storehouse building saved my life, and I feel numerous souls of the victims are resting there.

Section 2What made me start telling my story

Would you tell me what made you start telling your story?

In 1999, when I was about to retire from work, I saw a notice recruiting peace volunteers, who guide people in the Peace Memorial Museum. Until retiring at 63, those who regretfully died at the storehouses of the depot had been in my heart. When I saw the notice, I thought that I wanted to be a peace volunteer and applied to be one.
Two years later, the director of the museum asked me to tell my experience as an A-bomb survivor. That made me start telling my story.

What did you think when you told your story for the first time?

I got nervous, of course, because I had never talked in front of people, and my story was full of things I didn’t want to tell and wanted to forget. I think almost all A-bomb survivors would agree with me. On the night of the day when I told my story for the first time, I couldn’t sleep because memories of that day came back one after another. However, in spite of such a pain, we, who survived the A-bombing, have to tell our experiences. I think this is our mission and also my lifetime compensation to those who I couldn’t help that day. Thinking of them, I wanted to begin doing what I could do. Now I have been telling my story for 16 years, feeling it as my mission and with all my heart. 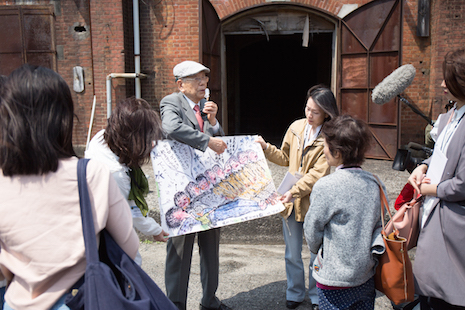 You have told your story in many places, haven’t you?

This is my 734th storytelling. I went around the country telling my story, from Hokkaido in the north to Ishigaki Island in the south. I went overseas to China and the U.S., too.

When I am telling my story, I feel as if I heard someone speaking to me from the sky, saying, “Mr. Nakanishi, I am always obliged to you for your earnest storytelling. But while we died in a burning hell, you talk in such a nice hall, dressed in such a nice suit and a tie. I wonder if you can fully convey our regret in this way. What do you think you are doing?”

Now, the time of a new generation has come. Hiroshima City has started the program aimed at training a younger generation to succeed and convey A-bomb survivors’ experiences. I would like younger people to take over my story and thoughts. Now I have nine successors, and they have already started storytelling my experience and thoughts. I feel really reassured.

Section 3About preservation of the former Army Clothing Depot

Mr. Nakanishi, you are involved in preservation of the former depot. Could you tell me your plan for its buildings to be preserved to the future?

At present, the number of the members involved is a little less than 200. They have many different ideas of how to make use of the building. Mine is, first of all, to use it as a so-called storytelling hall equipped with chairs, where storytellers talk with Power Point slides.
Second, I would like part of the collection of the Peace Memorial Museum to be exhibited in the building. The exhibition should include materials which show the fact that Japan aggressively started WWII, so that visitors will realize the truth of the war. 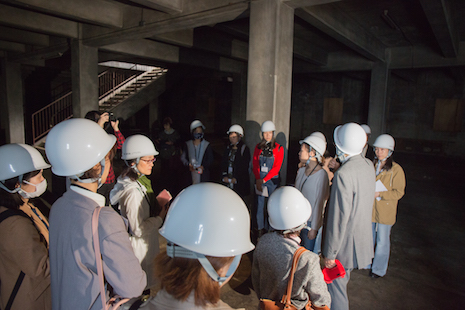 Do you mean that you want to make another peace memorial museum at the former clothing depot, which survived the A-bombing?

The building where I was on August 6 has been left unused due to questions about its earthquake resistance. I couldn’t bear that situation. Every time I passed the building, I thought something had to be done to save it. So, I started working on the preservation with my friends three years ago.
I have been doing my best, but if I am asked if the activity is successful, I am not sure I can say it has been working.

However that may be, I am determined to pass down my experience and thoughts, to share my desire for the elimination of nuclear weapons, and to make efforts to preserve the buildings.

Section 4Any thoughts and messages to pass on

Lastly, would you tell me what you would like to pass on to the younger generation, especially those who are being engaged in this event: Hiroshima – 3rd Generation : Succeeding to History? 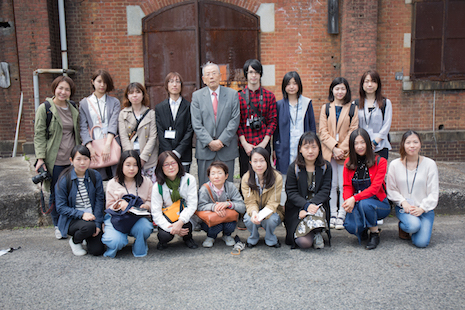 I want they young people today to study hard, so that when you are grown up, they will be able to make correct decisions. They should learn about not only Japan but also the world. They should learn history and then think about your future. I strongly require this because the education I had myself was distorted.

When I was an elementary school child, teachers told us to be a good son or daughter and to live safely and healthy, so as not to get sick or injured. However, after the war broke out, when I was a middle school student, teachers started to say to us, “Sacrificing your life is a fine thing to do.” We were taught to be brave and to die bravely in the war. When I saw Hiroshima city after the A-bombing, I was shocked and thought, “War is too tragic.”

There are various reasons to start a war, such as politics, religion, natural resources and poverty. Whatever the reason may be, humans start war with some reason in their hearts. We have to build a strong fort in every human’s heart.
Why do humans begin war? Why does war break out? What are humans who can do such cruel acts like?
Thinking about the A-bomb is thinking about humans.